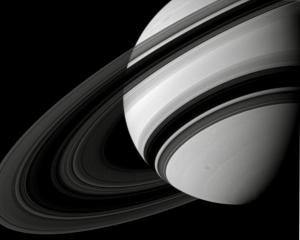 A Saturnian Misadventure, Or Saturnine Mystadventure: you decide.

One Ken Herbert hits year 29 getting hamstrung between master’s degree and Ph.D., between two former sisters-in-law: A mothering Boulder homemaking anchor versus worldly, high-flying artist now based in San Francisco—after a little triangular tinkering blows up in all their faces. The ensuing past/future conflicts and gender warfare play out against feminism vs. would-be ‘masculism’ issues, Catholic/Jewish differences, Chicago neo-Nazi-to-Skokie marches.

Then come San Francisco outliers around every corner (including a string of suspiciously grisly city park murders), add in low-life homelessness vs. keenly ambitious high-art ascent. It all is eventually resolved amid the tumult of a Peoples Temple Jonestown massacre and the Milk/Moscone assassinations. Through everything, betwixt and bewildered, Herbert goes from too many women to none, and to rebuilding his fractured manhood against the genderal grain, in an untethered, post-Saturn way, about The City by the bay. 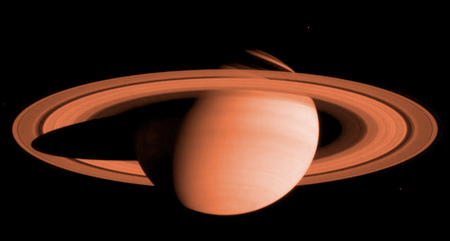 A Saturnal Mystery, Debatable, at that.

Next transiting cycle, an early 1978 backstory character returns to his native San Francisco from CU-Boulder, just past his second S/R, curiously encountering Herbert (nearly S/R Two’d out himself) in an Arabesque Pacific Heights café. Soon triggered is a serious, spirited debate over myriad Middle East issues and remedies along an upper Fillmore street fair, down to the scenic Marina District. Philo-Anti, factual-counterfactual: enroute, tensions build over a stream of developments, global and homegrown, plus incidental brushes with 2008’s political/economic storms and the 1989 Loma Prieta earthquake.

Gradually discovered are unsettling clues to the unsolved JonBenet Ramsey affair, as well as sexual harassment imbroglios near and far.  Mysterious (some ghostly) cameo types continue to nip at their edgy exchange and Herbert’s shaky mental state along the way. Ultimately key loose ends from 1978 are tied up, presaging a murderous, revelatory conclusion in the shadow of a terror-alerted, locked-down Golden Gate Bridge. Not least are what precipitated this testy, probing give-and-take in the first place, Saturn Return Three looming around the bend…

Collateral Saturnage, in a house divided… (installments to come).

Central figure encountering (and suffering through) age 29, his first Saturnianyear (1978)—unsure where he is heading, uneasy about where he has been.  Somewhat overmothered, woman dependent, jealous, occasionally abusive— even going ghost awhile, as circumstances require.  Out of this inner chaos, he must salvage some sense of independent manhood, iron out his intolerable wrinkles, in due time bracing for his second Saturn Rendezvous (2008).

Pert, protective housemate/substitute mother superior to Herbert, circa 1978.  Stable, supportive, mature beyond her years–secular, distant-to-nominally Jewish.  She is surreptitiously expecting to remarry, until he thoroughly melts down.  Subsequently goes from living through/for her man to perhaps blossoming more on her own.

Melissa’s former sister-in-law, feminist icon, closest friend, more strongly observant of the Jewish faith. Beautiful, ballsy, worldly free-spirited artist/painter on the rise in 1978, her biological clock trailing not far behind.  Childlike fresh, feisty with a glamourveneer, having some personal ‘bags to fill’.  As she does so, who gets left holding the bag? You’d be surprised…

Curious counterpoint to Kenneth Herbert, surfacing in and out of his Saturniancycles.  Part nemesis, not rival exactly—his profile is academic, increasingly so, an evolving, insinuative nature more a nagging reminder of his periodically being at least one step ahead.

A true medium rarity: aged yet ageless San Francisco astrologer who plays her ubiquitous thematic role throughout the stories as they unfold.

A cast of secondary and incidental characters threading through these stories, from family-based Chicago (with former wife, doomed erstwhile buddies) to more desperate and/or deviant figures–victims and perps, female and male–encountered in San Francisco and beyond.

Another, Saturnian, shakier, perhaps more heterocentricside of San Francisco,where a tragic Milky ending is just the beginning of the story.  This is a novel side to some seismic San Francisco events–Jonestown and City Hall, 1978 to the Loma Prietaearthquake and today.

* A high-country Boulder, Colorado upscaling fast, on the brink of nation-wide celebrity.

* Back to the toddlin‘ town of Chicago, still broadly shouldering its share of grime, crime and troubled family ties.

So, what’s your story?