Prepare to rendezvous with density. Will it be Saturnian or Saturnine?

Sure, the second largest planet in the entire solar system seems grand and glorious from afar.  A yellow-gold sphere 75,000 miles in diameter that could hold 700 Earths, Saturn is thick with crispy thin frozen bands bearing a ring span of some 165,000 miles, not to mention nearly 60 orbiting moons, ranging from Titan to Dione and tiny Phoebe. Spinning like a supersonic dervish, heavy with whirling wind storms, lightning and strange oscillating waveclouds, yet light, buoyant enough to float on the sea like a beatific beach ball, so far, far away.

But comes a time when Saturn runs rings around a body much closer to home–everybody.  In astral parlance, the ringed one returns to your horoscopic birthspot every 29 years (or so), striking with serious zodiacal certitude.  That is, it’s a cosmic supercollider, occurring once to thrice over the course of your lifetime, with either virtue or a vengeance. 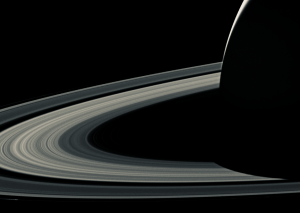 A-ha–exactly–those very same murky convulsions that seem to erupt out of the midnight blue, manifestly pushing you forward, pulling you back, contemplating the broader future while confronting your baser past.  Turning Life’s corners, getting cornered in the process. Sending you orbiting the heavens, mining your own private hell.

Each Saturnian Rendezvous can suddenly smooth things over, stir things up.  Each can swing happily into place, spin horridly out of control.  Likely causing you to reach higher, dig deeper–often plumbing the absolute depths. Find the joy, feel the pain. Take careless liberties, make careful amends. Rise and shine, crash and burn–let alone pine and whine.

It is the price to be paid for falling under Saturn’s sway, for getting into Saturn’s way.

Cases in point herein: Age 29, going on 59, with 87 looming as well–from San Francisco to Boulder to Chicago and back again. Round and round, ready for you to read on.

After all, these rendezvous are your destiny, and unavoidably in Saturn’s DNA, now aren’t they?

So better to know what’s coming, where it’s been, before Saturn storms around to ring you up again…