“Beware of foreign
entanglements that may
sow a continental divide.”

“Not exactly, but you can just run me over…”

“I dunno, it was like she flipped out all of a sudden—far as I could make out…”

Drizzle soggy outerwear and inflated bladders drove us into Apartment Three with giggly dispatch. After bathroom turns, we regrouped in the kitchen for bottled Sierra waters, noting on a refrigerator Post-It that Edie and Diana were off to the DeYoung Museum for a blockbuster exhibition. Sydney wasted little time repairing to her bedroom to shed the wets and make for the shower. I had no such recourse, so lingered in the hallway, where we conversed through the bathroom door—mainly discussing my arrangement over on Fulton Street, not least last night’s Buddha fest and blow-up with Regina Tzu Fowler. 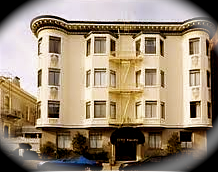 “Guess she is all caught up in that Eastern stuff…”

“Make out, huh?” Syd purled out, freshly showered, white terry robe snugged at her waist, beckoning me into her room. “But come on, some of it’s not so bad. And better there than up in Lafayette Park, right? Heard another brutal…attack happened last night.”

“Uh, wouldn’t know about that, but all she really seems to be getting out of her spiritualism is a bad case of misandry.” I looked away sheepishly as she toweled her hair before a white Deco vanity. “Still, she’s a friend of a friend of a friend, so the situation will work out for the time being. It’s a start…”

“Market forces at work, flash,” she smirked, over her shoulder. “That’s what my Daddo would say—just a kasheh in supply and demand.”

“Sorry, not my field.” I fixed on the matted pencil sketch of a voluptuous, thinly veiled middle-aged woman, akin stylistically to ‘Waif and Grain’. Beside it was a framed black and white photo of a young nude couple embracing on a secluded beach. Syd must have centered them over her mattress and bed frame since my last visit. In both, the woman’s breasts were firm and teardrop full, as if little time had passed between renderings. “Who’s that hanging over your bed there?”

“My parents, who else…” Her robe fell like a Playland parachute to the polished hardwood floor, revealing in its wake the startling shapeliness of her compact frame.

“They’re obviously not Catholics, huh…Syd, what’re you,” I blushed, twisting away to the family gallery, then backing toward the sun-drenched window well, stumbling into her wool and cashmere sweaters, stacked neatly on a new Bentwood rocker, Princess phone weighting them down.

“This is my room, Kenneth,” she flashed that recondite smile—so casual, so free, toweling down to her tight button navel—oh, so very oblivious to the principle of cause and effect. “I’m changing my clothes…”

“Uh, maybe I should wait outside,” I started for the sliding doors into the parlor, as if looking away from some subterranean screen test of Charlie’s Angels.

“Wait…you should see this.” She began tensing, then stretching her arms. “It’s yoga, spiritual like that Eastern religion thing we were talking about, only more physical.”

“No, really, I…” I spread the doors, freezing, squinting face forward into the sun-blazed living room, uncertain if I was relieved that Edie and Diana were outing for the day.

“Sorry, but I don’t happen to be afraid of my body,” Syd exclaimed through the sliding doors. “What’s your problem?”

“My problem is this doesn’t make any damn sense,” I shouted back, glancing out the bay windows, down at a gathering of nuns and uniformed children assembling row by row in St. Brenda‘s schoolyard.

“What doesn’t, Kenneth? Changing clothes, limbering up a little,” she asked, touching her toes. “You’re the one not making any sense.”

“Loyalties, coyalties, my tushie…lighten up, you’re just being an old-fashioned prude,” she straightened up, compact breasts bobbing like life buoys at sea. “Okay, Mr. Family Man, let’s look at this logically. “I did take an undergrad logic elective once, you know. Now, what did they call it? Like, if A is B, and B is C, then, C is A, right? So, if you’re close to Moon, and I’m close to Moon, then it follows that you and I should be close, too. Friend of a friend of a friend, like that. And as for my parents, they’re 100 percent behind everything I do.”

“Syllogism, and that’s a pretty lame example,” I gasped. “It’s more like, if I respect Moon, and you respect her, then we both respect her…and each other.”

“Actually, Heider’s Balance Theory is more pertinent here. If two people interact with someone of mutual concern, the interpersonal and intrapersonal situation is either balanced or unbalanced, with the tension that so ensues. Well, then you’ve got Festinger’s Theory of…”

“Ei, lighten up, professor. Everybody does touch-and-go’s these days. It’s harmless…and mighty healthy for you, mind and body, I might add.” 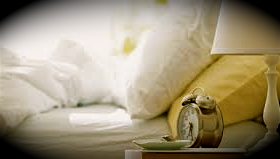 “We’re like sisters, Melissa and me…sisters share things, she would want this. Why else would she send you out here,” she pressed, arms out, flexing her fingers. “Besides, who’s to say she’s not doing the very same thing right now?”

“Juust joking…honestly, no man worth his shlanger isn’t jumping all over a situation like this,” she prodded, slipping into a maneuver called the Fountain Stretch. “You know,  something tells me you have a black hat side. Really, I sense a little Vesuvio in you too, and I like that in a man.  So show me some of your black hat side…c’mon, Kenneth, grow up, show me what Moon sees in you…who on earth is going to know?”

“Christ, I swear, I wasn’t bargaining for anything like this…”

“If you weren’t, you wouldn’t be here.” She shifted to the Chest Expander pose directly before me, then into the Half Moon, throwing her arms and shoulders over her head, feigning a backward fall. “Oops…”

Vaporlocked.
This heated scene will be revealed in
editions to come. Suffice to say, it is indelibly
‘game changing’, set to Miles Davis
and ‘Trane, bearing on all that follows.
Only to be a case of passion interruptus,
by a roommate’s  unexpected return. So
please stay tuned for this, and in the
meantime, can,  you just imagine?
___________________________________

“What…trouble? Edie and I have this understanding. She and Diana together last Valentine’s Day. I’ve got pictures…juuust joking.”

“I’ll bet,” I shrugged, fondling about as she isometric tensed her beading breasts. “If you’ve got incriminating photos of your own parents, you might have the goods on anybody.” I found myself scanning the room for surveillance cameras.

“Begging your pardon, toots. But Faith and Daddo are proud that their brilliant artist daughter thinks they’re worth hanging. They’re actually pretty cool for their age—and they’re aging so gracefully, as well you could. In fact, I want you should finally meet them.”

“Feel like I already have, quite intimately,” I said, feeling part Pacino, part Harry Reems—feeling my way up to revisit the overhead visuals, that yellowing photo print of parental splendor on a white sandy dune.

“I’m serious,”she squeezed me for emphasis. “They’re very open, accepting people. Especially Faith, she’s my very best friend. We tell each other everything. Except of course one little thing I know she doesn’t even know I know. Anyway, they’ve always taught me that if you really want something, just go for it, and everything will work out for the best.”

“Really,” I probed idly. “So…what might that one little thing be?”

“Suit yourself. The whole deal sounds like a drowning lifeboat philosophy to me, anyway. You know, every man for himself.” I continued digitally connecting her bikini tan lines, as though some deliciously insoluble puzzle. “I mean, sometimes it’s not that cut and dried. Sometimes there’s so much to assess…and reassess…”

“Oy, what am I going to do with you, Kenneth,” she burst, nostrils flaring as she mounted me like I was a rodeo steer. “One minute, I see you as this guy to fill some empty hours. The next, you’re like the love of my life, and I’m planning things!”

Natural inclinations toward a mutual scrub down were dashed by Edie’s determined bedroom thrashing, the vacuum force of which kept flapping the cross-hall bathroom door. Syd pulled off like a queen bee off a worker drone and scooped up her robe, imposing a decent interval between showers, flinging me a Grand Hyatt guest towel from Boca Raton.

I bided my time restudying those family portraits, gaining a new appreciation of Faith’s youthful beauty—an ageless Esquire Petty girl, her once vestal hunger for Daddo—the mother superior Melissa had so canonized for so long. I then mused over this ungodly phallic binge, my amazement at being here at all, as if some strange sort of transgenerational kinship bonding going on. Once Syd toweled by into the kitchen, I broke for the bathroom, overhearing Edie’s phone ramblings about a disappointing exhibition all day long, feeling her eyes searing darkly through her door. A quiet, barebones shower, and I slipped back to the sunny warmth from whence I came.

“Sooo, what’s up,” I grinned puckishly, bath towel wrapped about my waist.

“I’ve realized something amazing just happened between us, and you can’t say it didn’t,” Sydney stood by her bedroom window, practicing arm ripples and neck rolls in her halo white robe, then moving toward the rocker and her phone. “So here we are, we’ve got this shot. And we’d better damn well go for it, because together there’s nothing we can’t do. You just need a little kick in the confidence. So I have this friend next door? She works for a big advertising agency downtown. I’ll bet Val can land you an interview with your cameras, just like that!”

“W-what are you talking about,” I said, pores expanding, pits itching to discharge. And whom are you calling?”

“Now quit looking at me with those bedroom eyes of yours and enjoy some scrumptious mousse,” she picked up her Princess, pointing over toward a snack tray she had quietly set aside on her nightstand, to its dark chocolate pastry and limed Perrier. “Relax, let me take care of this.”

“Take care of what?!” My underarms reached dew point. “Dammit, what the hell’s going on here?!”

“Daddo always tells me to make the big decision,” she dialed, smiling at her family photo. “Then everything else falls into place. And if you lead with your head, your feelings will sort themselves out soon enough.”

“Who’s playing around? We’re talking about us here,” she said, phone call connecting after some loud long-distance clicks. “I’ve never been so happy, Kenneth…gotta share this with somebody…Daddo? Oh, Daddo, tell Faith I’ve some fantabulous news about the wonderful man in my life. No, silly, I don’t mean Bernard…”

Chapter 32. Far-reaching consequences
hasten the arrival of due process,
if not suddenly diverging interests…